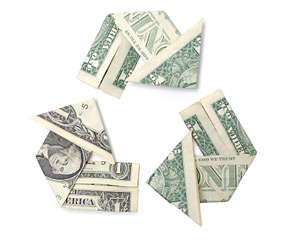 Critics of the Obama administration are twisting themselves into apoplectic knots over analysis of the 2009 stimulus bill that reveals how some of those government dollars were spent to hire lobbyists who then spun back around to lobby government.

In hearings before a House subcommittee Republicans grilled Kathleen Sebelius, the head of Health and Human Services (HHS), over the disclosure that a small number of the 230 million stimulus dollars sourced to anti-obesity programs ended up being used by grant recipients to hire lobbyists.  At least some of this lobbying promoted the raising of taxes on sugar and soda products.  Initially Sebelius pushed back against her questioners by claiming that because the lobbying was done locally, and not at the Federal level, it did not contravene HHS rules. But smelling a new scandal, HHS ultimately chose to close this local-exemption loophole in its 2012 appropriation bill.

Last week two House Republicans sent a letter to Sebelius that cited a provision in law, Title 18 of the U.S. Code, Section 1913, that prohibits the use of Federal money to hire lobbyists at the local, state and Federal levels.  Clearly HHS showed a degree of negligence in drawing up its stimulus guidelines, because this law is not a new one.  It has been on the books for so long it explicitly prohibits lobbying by telegram.

Ultimately this HHS “scandal” drills down to the question of whether there is something fundamentally so irreconcilable between government and lobbyists that the advocacy community should never be engaged to participate in large government-directed initiatives.  On the issue of the HHS grants, conservative critics of the administration seem to be buying into this oppositional argument. And as Congressional Republicans were only too happy to point out to Secretary Sebelius it also happens to be enshrined in law.

But try on the counter-argument. If the stimulus bill was designed to promote economic progress with some degree of efficiency, is it really such a scandal when a local health care non-profit, probably understaffed and mostly underfunded, streamlines their advocacy by engaging the strategic knowledge of a lobbyist?   Lobbyists know their stuff and they know how to get things done, and if cost-effectiveness is a goal then that should count for something.  Bottom line: should lobbyists, with their talents, smarts and plain know-how, be forever, under any circumstances, cut out of playing a part in vast projects for national renewal like President Obama’s stimulus bill?