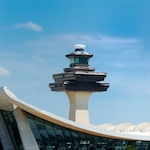 With a strong supporter poised to take over the House Transportation Committee, a bill which has been delayed in congress and seeks to modernize the U.S. air-traffic navigation system may get funded.   Rep. John Mica (R., Fla.) will move to get the FAA Air Transportation Modernization and Safety Improvement Act (S. 1451) passed by removing measures that have stalled the bill’s progress in the House.  The Obama administration is also in favor of overhauling the system as it promises to reduce air-traffic congestion making the nation’s air transportation system operate more effectively and safer.  By some estimates, the bill could also create approximately 300,000 jobs which would be needed for airport improvements.