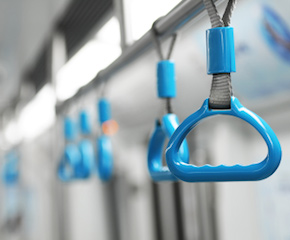 $286.4 billion.  This is the number of Federal dollars directed at transportation related issues in the highway and transit bill signed into law in 2005. Intricate behemoths dense with provisions, earmarks and “pork,” Federal transportation measures have more on-ramps of opportunity for lobbyists than a California freeway cloverleaf.  High-speed rail, road construction, environmental mandates — advocates for these and other marquee issues reap significant rewards for their initiative.  Now as Congress begins the convoluted process of crafting new transit legislation, other policies and issues are emerging that, while they may not be as eye-catching, still offer journeys to success for proactive lobbyists.

Take the 100 Bus Coalition.  Fronted by David Kilmer, the 100 Bus Coalition unites transit authorities in small to medium sized cities in a push to change draconian Federal spending requirements that dictate how they can run their services.  Under the current rules, urban areas with a population greater than 200,000 must direct their Federal dollars to capital costs, not operational expenses. In real world terms this means that transit agencies can use their Federal dollars to purchase and maintain buses but not put them on the road.  Kilmer contends that this population cap is absurdly arbitrary.  It should be eliminated, or at least adjusted, thereby freeing up transit services to use their funds more flexibly to meet local needs.

While a series of exemptions have so far limited the impact of the 200,000 population rule, the new transit legislation being hammered out in Congress so far contains no guarantee that these stop-gap relief measures will be extended.  And so the future looks bleak for Kilmer and other members of the 100 Bus Coalition, confronted with budgetary nightmares and massive disruptions in service.  Estimates are that dozens of mid-sized transit agencies across the country, forced to abandon millions of dollars, will see their operations gutted by as much as 30 percent.

With millions of commuters facing disenfranchisement at a time when recession is forcing more people than ever onto public transport, this should be an easy win for the 100 Bus Coalition.  But an examination of the Coalition’s lobbying strategy illustrates a need of many small transit organizations for assistance in raising their voices.  Kilmer is a passionate exponent of the 100 Bus Coalition’s objectives.  In addition to serving as a spokesman for the group, he oversees a website, devises letter writing and email campaigns, and has testified before Congress.  But Kilmer’s time is divided between these functions and his duties as Director of the Red Rose Transit Authority in Lancaster, Pennsylvania. The 100 Bus Coalition website has a modest design and makes limited use of social media tools.  An OpenSecrets search reveals no lobbyists on retainer for the 100 Bus Coalition.

With so many Federal dollars on the table, for an issue that has national resonance in every state and mid-size locality, a rewarding opportunity exists here, as it does with scores of other transit policies, for those lobbyists prepared to get busy with transportation issues big and small.