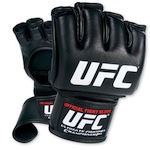 The sport of Mixed Marshall Arts (MMA) fighting has become wildly popular.  MMA’s most recognizable brand/league is the UFC, which has lobbied hard for the sport at both the state and federal levels.  Bloody Elbow covers the sport of MMA fighting and in this report, analyst Luke Thomas, outlines where the UFC stands after the mid term elections.  In short, they won some and lost some.  But the win was significant as the league took an active roll in campaigning for Sen. Harry Reid (D-NV) who is from the home state of UFC headquarters and is a proponent of the sport.