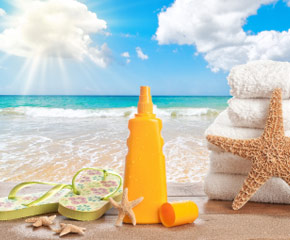 In need of a read on the beach this summer?   Sun lovers may need to look no further than their tube of sunscreen.   New regulations that call for the relabeling of sun-care products are coming, a move that unites trade groups and the FDA against consumer advocates who don’t feel the changes go far enough.

Shock studies published in the last decade have demonstrated skyrocketing rates of skin cancer in the United States.   Indeed recent comments from the CDC predict that the nation will soon see epidemic levels of disease.  Armed with scare statistics, and pressured by legislation in both the House and Senate, the FDA announced last summer that it would implement new guidelines on the testing and selling of sunscreen products.  The FDA set an enforcement date of the revised rules at June 12, 2012, just in time to beat the summer rush to the shore.

The skin care industry showed general favorability to the FDA’s demands, with one concern: timing.  Since the FDA announcement two prominent trade groups, the Personal Care Products Council and the Consumer Healthcare Products Association, both representing sunscreen manufacturers, have pushed to slow down the roll-out of the new regulations.  In 2012 alone they directed a combined $350,000 to lobbying on the Hill, including direct lobbying of the FDA, for a delayed compliance date.  In this they succeeded.   Convinced by trade representatives that manufacturers could not retool to meet the June deadline, resulting in shortages of sunscreen just as the weather heats up, the FDA agreed to push back their dates.  While some consumers will see the revised labels this summer, the industry has until Dec. 17, 2012 to fully phase in the new language.

The changes, though eye-catching, are somewhat superficial.  Gone from ubiquitous plastic squirt bottles is the familiar jargon of “sunblock,” “waterproof” and “sweatproof,” all of which the FDA deemed to be misleading.   Instead sunscreens will be labeled with the amount of time that users can expect to get the labeled SPF (Sun Protection Factor) level of protection.  Sunscreens with SPFs below 15 will be labeled with scare warnings, not unlike those on cigarette packs, to alert consumers to their uselessness in preventing skin disease   Sunscreens that want to advertise as providing “broad spectrum” protection against the UVA and UVB rays that cause cancer, sun burn, and skin aging, may (and only “may”) require new testing.

To some consumer advocacy groups the FDA’s rule changes are no more than a spray-on tan of reforms that hide the real problems — and perils — of sunscreen and skin cancer.   One of the most vocal critics of the FDA is the Environmental Working Group (EWG), a prominent charity that studies and reports on health impacting products.  “The FDA is still not protecting consumers,” reads a response headline on their website to the announced changes, noting they do not force the industry to do any serious new testing on the efficacy of their products.   Skeptical of the benefits of sunscreen use — their website also notes that no scientific study has ever been done that proves sunscreens actually protect from skin cancer — the EWG is also lobbying retailers to pull certain sunscreens from their stores.

Sunscreen producers take the EWG’s attacks seriously.   The Personal Care Products Council has charged back against the EWG, calling their criticisms about the value of sunscreen “false,” and liable to “put consumers at risk” while “undermining public health.”

But this is a tug-of-war without consequence.  At the end of the day the skin care trade has been successful in its lobbying strategy, achieving more narrow changes in the FDA guidelines than many consumer advocates would like. In fact, according to the Personal Care Products Council no sunscreen maker is in the position of having to reformulate their products to meet the new requirements.  The FDA’s rule changes come down on them mostly as a problem of packaging.   And the successful roll back of the FDA deadline means that manufacturers avoid a costly scrap of the inventory already bottled, labeled and shipped.   Bottom line: it’s still sunny for sunscreen.