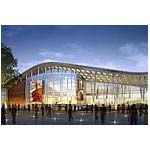 “Music City Center Coalition, a private advocacy group that was formed in 2006 to back a new downtown convention center, and Gaylord Entertainment Co., which owns the Opryland convention center in Donelson, have engaged well-connected lobbyists to defend their turf.”