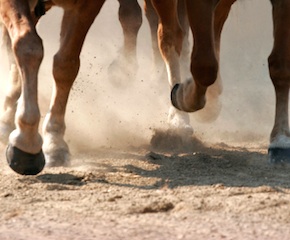 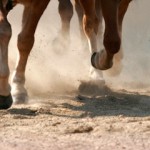 Horse. It’s what’s for dinner. Or it could be as Congress lifts the ban on slaughtering horses for human food. Not at all surprisingly, reaction to the decision has been visceral and extreme, whipping up conflict between western ranching and agri-business interests and animal rights activists.

Horse meat production had been bridled since 2006 when Congress effectively banned its human consumption. Outraged by what they perceived as an attack on a viable export product — most trade in the meat is with Europe and Asia–ranchers, farmers and promoters of animal agriculture launched a broad campaign to reverse the ban. Their efforts came together in the lobbying mission of United Horsemen, a non-profit that advocates on a variety of horse related issues, including support for horse slaughter. While the Vice President of United Horsemen is an ultra-conservative Republican from Wyoming, United Horsemen and other pro-slaughtering advocates have succeeded in making horse slaughter an important regional issue that transcends party lines. In the process, even progressive Democrats like Max Baucus of Montana have been corralled into supporting slaughter.

The crux of the pro-slaughter argument is that the real horse, far from being the romantic icon of the American imagination, is often a pathetic creature, neglected and abandoned in the recession blighted West. Supporters of lifting the ban argue that revitalizing the horse meat industry would cull suffering animals and create new jobs.

While equine ingestion is common across the globe, Americans have long balked at the notion of sitting down to a plate of horse. (In Japan it’s consumed as a delicacy called Basahsi, which is served like sushi — raw). Opponents of horse slaughter, led by lobbyists for the Humane Society, predict that the repulsion of the average American consumer will make horse meat an unviable, if not illegal, product. Laws forbidding its production are already in place in market-setters like California and Illinois. Humane Society President Wayne Pacelle envisions protests, litigation, and legislative chaos if slaughterhouses reopen. “Local opposition will emerge and you’ll have tremendous controversy over slaughtering Trigger and Mr. Ed,” envisions Pacelle.

With pro-slaughter advocates estimating that slaughterhouses could be up and running within 30 to 90 days, butchering an estimated 200,000 horses per year, the time is now for Americans to decide whether they have the stomach for it.