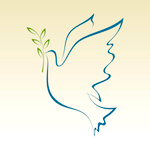 Kevin Bogardus of The Hill reports on a distinct change in the Obama Administration’s relations with Lobbyists.  During his 23 month tenure, President Obama has taken a tough stance in opposition to the K Street crowd.  Through rhetoric and rules, he has attempted to hinder the duties that lobbyists perform.   Now, operating in a different environment following the mid-term elections, the administration has reached out more than it ever has to lobbyists working on behalf of the business community. Will this new attitude persist?