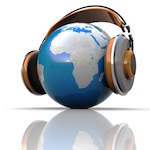 According to a report by the International Federation of the Phonographic Industry, online global music sales revenue in 2010 grew 6 percent to 4.6B.  Positive growth, yes. But this is just half of the growth experienced in 2009.  As growth slows, the industry is focusing on curbing digital piracy which it claims has caused a 31 percent drop in the value of the marketplace since 2004.  Record companies are pro-actively lobbying governments to take a tougher stance on sites that offer unlicensed content and the users who frequently download illegal content.

Read the Entire Article by Kristen Schweizer of Bloomberg