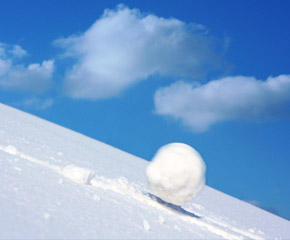 Federal lobbyists and trade groups are ramping up their opposition to changes in the Federal gift ban rules proposed by the Office of Government Ethics (OGE) this past September.

Dramatically narrowing the scope of interaction between lobbyists and Federal employees both domestically and abroad, the new OGE proposals would eliminate popular exemptions to Federal lobbying gift rules.  Critics charge that these changes would effectively close down nearly all “common sense” relationships between Federal employees and lobbyists.  They also protest that the OGE has shown no single instance of corruption that would warrant the tightening of Federal gifting guidelines.

Among the current exemptions slashed by the OGE’s proposed restrictions would be the $20 de minimis gift exception (with a $50 maximum to a single source) that allows lobbyists to engage with federal workers over low cost meals.   Also under threat is the “foreign areas” exemption that allows businesses to gift meals to Federal workers traveling overseas.

In a press release the American League of Lobbyists President Howard Marlowe assailed the restrictiveness of the OGE’s new rules, with particular opposition to the curtailment of the exemption allowing civil servants to attend trade or industry events at a discount or gratis.  Excepted from this new ban would be a small number of organizations, including non-profits and institutions of higher learning.

“Lobbyists and their employers have knowledge that Federal employees can use and they have knowledge that we want to tap,” wrote Marlowe.  “Federal workers develop policies and regulations that affect every aspect of our society.  To prevent interaction of almost any kind between lobbyists and Federal employees is not in the public interest.  It will result in the dumbing-down of government at a time when public trust is at an all-time low.”

While it is primarily private sector or business group lobbyists heading up this criticism, concerns about the OGE’s proposals have also been echoed by at least one union representing Federal employees, the National Treasury Employees Union.

The filing deadline for comments on the proposed changes is November 14, 2011.

Read Full Articles from:
The Hill By Kevin Bogardus
The Washington Post By T.W. Farnam