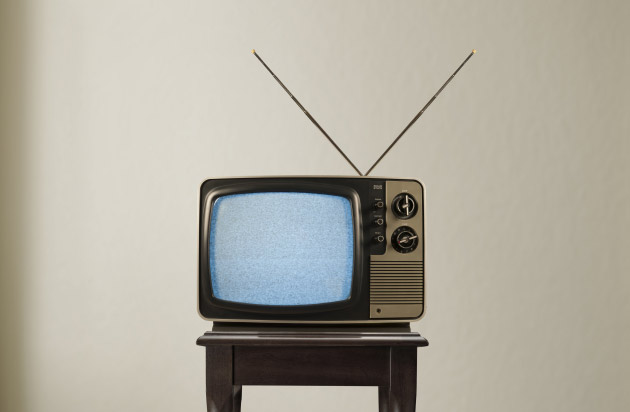 The death of the “bunny ears.”

This “dead air” nightmare scenario is being spun by television networks threatening to end all of their over-the-air (OTA) programming, creating screens of snow for the tens of millions of Americans who get their television for free via an antennae, if pay-TV upstart Aereo gets a legal pass to entrench its service. Launched in 2012, Aereo utilizes cloud-hosted array of antenna to pull down live TV broadcasts, which are then retransmitted to subscribers who pay $8-$12 a month to watch or record this programming on their iPhones, computers or other devices.  Aereo claims that their service is fair and legal; an innovative technology model for bringing the airwaves to the masses. It won’t share how many subscribers it currently has.

Just about everyone else in the entertainment-industrial complex disagrees. The networks argue that Aereo is committing digital piracy, existing to filch OTA content, re-purpose it, and sell it on, without compensation to its creators or respect for copyright.

Broadcasters have been chasing Aereo from the start. In fact Aereo was born at war with the networks, being sued before it was even live.   When CBS, NBC, ABC and Fox all failed to get an initial injunction against Aereo, allowing it to go up in major East Coast markets, their legal campaign against Aereo ratcheted to Armageddon levels, finally landing on the docket of the Supreme Court.

Last month the Court heard arguments in the case of American Broadcasting Companies v. Aereo Inc. Aereo’s position is that the company simply enhances the power of the consumer’s antenna, improving and diversifying the public’s access to its airways. Acting as proxy for a consortium of networks and television stations, ABC’s lawyers pushed back on this, claiming that Aereo transgresses copyright laws, and undermines long established values and practices by failing to get permission (“licenses”) from the networks to re-transmit their product. Also factoring is Aereo’s refusal to follow cable and satellite providers in paying a fee to the networks for their programming. Less on display in court, but of equal or greater panic to the networks and their local affiliates, is the risk that Aereo’s success will unsettle relationships with advertisers who, with the knowledge that OTA consumers can program Aereo to skip ads, might decide to pull their dollars.   This is the catastrophic business scenario that leads to talk of the “nuclear option,” or the full-scale retreat by the networks off the airwaves.

The noise level of the debate is epic. Indeed the case might well achieve landmark status in defining what is fair and what is foul among new media business models. Beyond the networks, Aereo has been talked down by voices across the spectrum, from professional sports leagues, anxious about what a scrambled marketplace will do to their control of game coverage, to the White House, which has expressed concerns over copyright infringement and has publicly called for the Supremes to rule against the company.

Where’s the lobbying?   There isn’t much overt Beltway advocacy, at least not yet.   Aereo is running a website (“protectmyantenna.org”) as a clearinghouse for consumers and investors interested in Aereo’s legal defense. Otherwise Aereo and the networks are waiting on the Court’s ruling before rolling out lobbying strategies. The issue may be mooted if the court rules against Aereo. In a recent interview Aereo’s CEO tacitly admitted that Aereo has no fall back position if they lose in court. The company is probably done.

If the Court decides it the other way, the lobbying of Congress by the networks and their army of allies to change the current copyright law, and fix the gray areas in the law that Aereo exploits, will be ferocious. While the networks may talk about leaving the airwaves, this is mostly bluster.   Analysts see it as far more likely that the broadcasters would wage a lobbying war of attrition against Aereo, bringing their enormous resources down on Congress until reforms are implemented that better protect their products. This could turn into a prime time pay day for K street.

What are the odds that Aereo will prevail?  Supreme Court watchers noted that the Justices appeared conflicted during oral arguments, struggling with questions of creative control and technological innovation. Deal maker extraordinaire Barry Diller has staked a modest position in Aereo.   He puts the odds of the company’s survival at 50-50.   In other words, Aereo’s future is truly up in the air.  Stay tuned….