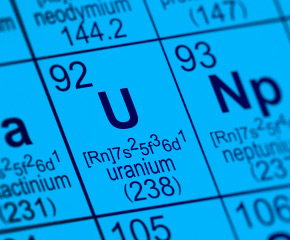 Virginia, the cradle of the Civil War.  In a state dotted with more battlefields than any other, new forces are mobilizing, pitting Virginian against Virginian in another epic test of wills.  But this time it’s not blue versus gray but “green versus greenbacks,” with the charge being led on both sides by legions of lobbyists.

The setting for this conflict is Coles Hill, deep in Virginia’s Southside region.  Embedded beneath the bucolic charms of the picturesque Southside is a massive untapped uranium deposit, the largest in the country.  With a projected life span of 35 years, the Coles Hill mine would extract and mill 119 million pounds of the radioactive metal.  The market value for this mother lode: 7 billion dollars.

Virginia Uranium Inc., the mine operator, has made an all out push for approval to dig at Coles Hill.  In addition to monster profits, the company argues the mine would create thousands of jobs in an economically downturned area, and do so while abiding by strict health and safety guidelines.  In addition to their jobs push, Virginia Uranium makes the case that current shortages in domestic uranium production could be alleviated if the mine goes operational, allowing the U.S. to buy less of the scarce material from unreliable foreign sources.  Pivoting on these issues of employment and defense, Virginia Uranium has spent $ 270,000 on 16 lobbyists from major firms to muscle its message in Richmond, boosted by an aggressive PR roll-out.  They have also spread around $ 152,000 in campaign contributions to state legislators.

The immediate hurdle that confronts Virginia Uranium is that for the last 30 years the Commonwealth has banned the mining of its product.  As they attempt to knock down this moratorium, Virginia Uranium marches into a fierce counterattack by an eclectic consortium of environmentalists, small town mayors, businessmen and even a stock-car hero, Champ Burton.  In total these groups and alliances have retained 26 lobbyists to work the aisles against repeal of the ban.  For the environmentalists in the Sierra Club and the civic leaders of the Virginia Municipal League, the argument against the mine is clear: its risks a scenario of radioactive catastrophe, one that permanently blights the Southside along the lines of the recent nuclear disaster in Japan.

This vision of imminent apocalypse also weighs on the minds of conservative businessmen who have formed their own regional alliances against the mine.  For these accidental environmentalists, many of them die-hard Republicans unused to bonding with the likes of the Sierra Club, the mine would not revitalize the flagging economy of the Southside, but actually imperil that revival.  In their dark view, the mine would be a PR disaster, collapsing land values in adjacent counties and driving away businesses apprehensive about setting up shop in a potentially dangerous region.

With friends and allies on both sides of the debate, Virginia governor Bob McDonnell is sitting on his hands.  Without a decision from his office, and with inconclusive scientific studies on the Coles Hill mine’s feasibility, it is unlikely that the mining ban will come to the floor of the Virginia General Assembly before 2013.