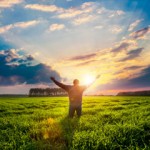 God is playing the influence game. The media caricature of lobbyists as shills for big business is upended in a new study by the esteemed Pew Forum on Religion & Public Life, which reveals that religious institutions spanning the faith spectrum spend a least 390 million dollars a year on political advocacy.

Examining 212 religion-related groups from Scientologists to Buddhists, the Pew study underscores the intense and pervasive influence these entities exert on policy making. In 1970 there were fewer than 40 religious lobbying operations in Washington. Today that number has swelled past 200, an expansion of influence that in many ways exceeds general growth trends within the lobbying industry.

It comes as no surprise to learn that Roman Catholic, Protestant and Jewish organizations predominate, with Christian-identified groups comprising more than half of those examined. But the Pew report illuminates vast diversity within these numbers. Catholic hospitals hire lobbyists, as do conservative Christian colleges and Baptist Ministries. On the other side of the alter liberal advocacy groups with an “economic justice” outlook, like Sojourners, or church-state separation concerns, like People for the American Way, also field influence professionals to push their agenda. And the study discovered that even smaller religious denominations, including Muslims, Sikhs and Hindus, have carved out niches in Washington.

Religious advocacy groups have translated this enhanced political clout into more face time with lawmakers on a vaster sweep of issues. The Pew study identifies about 300 policy concerns that have become the focus of faith-based lobbying. While many of these are high-profile domestic matters, from abortion to gay marriage, the study also shows a new globalization of interests. Seventeen percent of religious advocacy groups now work solely on international problems, including human rights, debt relief and the promotion of peace and democracy.

Not surprisingly the preponderance of these advocacy groups, more than eighty percent, are registered as non-profit 501(c)(3)s, which IRS rules preclude from excessive spending on lobbying efforts. The Pew report demonstrates that limitations or not, K street is singing with the choir.