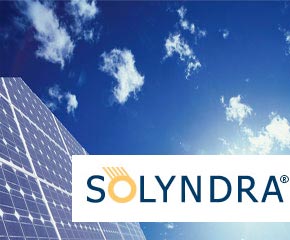 The role and influence of K Street has moved front and center in the unfolding Solyndra scandal as multiple news sources highlight the prominence of the firm McBee Strategic Consulting in lobbying the Obama administration on behalf of the now defunct solar panel manufacturer.  The high tech California firm had received a 535 million dollar loan guarantee from the Department of Energy as part of a stimulus package designed to promote “Green” industries and create jobs.   Solyndra’s bankruptcy has cast an unfavorable light on the DOE’s loan program and prompted congressional hearings and an FBI inquiry.

In early 2009 Solyndra retained the McBee group as its sole Washington representation.  Ultimately five McBee lobbyists were fielded to promote Solyndra, with payments to the firm totaling $340,000.  In disclosures filed by McBee under the Lobbying Disclosure Act (LDA) the firm indicated that it had contacted the DOE on behalf of Solyndra in the first and third quarters of 2009.  But a review of DOE paperwork has revealed no specific disclosures by Solyndra’s lobbyists on matters pertaining to the loan program. This discrepancy underscores the complicated and often perplexing parameters of the LDA, which in this instance do not always match up with the lobbying rules of the loan stimulus program.  This has created an atmosphere of confusion in which lobbyists must tread carefully regarding which interactions trigger disclosure requirements.

Although lobbied heavily, DOE loan program officials have denied that McBee’s efforts, or those of any other firm, have impacted decisions regarding loan guarantees.  No evidence has emerged that Solyndra’s lobbying efforts resulted in preferential treatment while its application to the DOE was under review.

READ MORE in The Hill Article by Kevin Bogardus