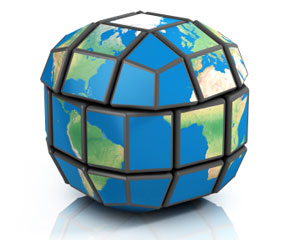 1994. The small central African nation of Rwanda implodes, unleashing a genocide that will claim an estimated 800,000 lives. Now, almost twenty years after the nation was plunged into chaos and bloodshed, Rwanda is attempting to “re-brand” its battered image. To facilitate this overhaul the Rwandan government contracted with Racepoint Group, a Boston-based P.R. operation. On its website Racepoint touts its campaigns for traditional corporate clients like L.L. Bean, eHarmony and Sony. But visitors to its webpage also will see a pop-up captioned “Transforming a Global Image.” This is Racepoint’s Rwanda account. Acting across multiple bands of media, Racepoint aggressively pushes the story of a new Rwanda, now investor friendly and ready for tourism. The price for this makeover? A monthly retainer from the Rwandan government of 50,000 dollars.

But the story doesn’t end there. If Racepoint has succeeded in re-furbishing Rwanda’s image, it has done so by taking hits to its own reputation. New reporting by Geoffry York in the Canadian paper The Globe and Mail has put Racepoint in the bulls-eye of mounting criticism over the work American firms do on behalf of governments, like Rwanda’s, that many see as aggressively repressive. In this way Racepoint is a case study in how American lobbyists and P.R. shops can turn significant profits as surrogates for problematic foreign governments, but only if they are prepared to weather serious media blow-back.

In addition to Rwanda, countries like Ethiopia, Angola, Senegal and Equatorial Guinea, all identified as human rights abusers, have connections to top American political facilitators. K-street firms continue to ring up significant fees for arranging meetings, shaping legislation and promoting trade favorable to these client states. The precise scope of this interaction is hard to pin down, although the numbers involved can be staggering. The Foreign Agents Registration Act, on the books since 1938, requires lobbyists engaged by foreign governments to disclose and define those ties. However enforcement of this rule has been almost nonexistent, with no successful prosecution of a violator since the 1960s.

For 32 years the petro-state of Equatorial Guinea has been ruled by Obiang Nguema Mbasogo. On human rights issues the watchdog group Freedom House rates the Obiang regime as among the “worst of the worst.” Despite this record of abuse Equatorial Guinea, with its major oil deposits, has not been shut out in Washington. The law firm of Lanny Davis, a top aide in the Clinton White House, once secured a whopping 1 million dollar contract to coordinate for the Obiang government. In 2010-2011 the country hired the P.R. firm Qorvis Communications on a 60,000 dollar monthly retainer to massage its national image with upbeat press releases and email blasts. This investment has reaped political dividends. In 2006 Condaleeza Rice took a meeting with Obiang and hailed him as a “good friend.” Three years later Obiang secured an even bigger kudo, a photo-op with President Obama.

Firms like Racepoint define their advocacy as pro-growth and pro-openness, allowing poor countries to correct misperceptions and challenge false information that might inhibit desperately needed investment. Lobbyists argue that their intervention creates vital channels between Washington and developing nations. These links stabilize U.S. interests in global trouble spots, and build corridors of negotiation and influence that American politicians can access to pressure for human rights reforms.

Nevertheless, not every contract is worth a payday, no matter the retainer, as Racepoint discovered when one of its former clients landed squarely on the wrong side of history. That country? Libya. That ruler? The late Moammar Qadhafi.