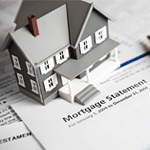 MERS, which stands for Mortgage Electronic Registration Systems, is a system of private databases and protocols used by almost all lending institutions to help track and trade securitized mortgages throughout the investment community.  In the wake of the financial crisis, the system has come under criticism for a lack of transparency and has been legally challenged by foreclosed homeowners who argue that the system is flawed.  The growing choir of complaints has financial industry players lobbying aggressively to have legislation passed that would effectively protect the system in the courts.  MERS is operated by Merscorp, Inc based in Reston, VA.