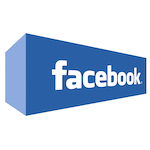 As reported by John Letzing of MarketWatch, Facebook has entered the lobbying arena in it’s home state of California.  A relative newcomer in the world of political lobbying, Facebook is represented by Sacramento-based Gonzalez Public Affairs for matters related to the Golden State’s Capital.  The recent state lobbying activity was related to the Social Networking Privacy Act which critics say is well intentioned but flawed.