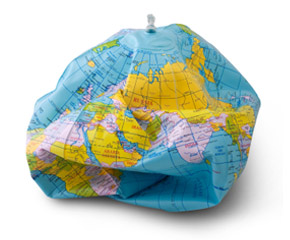 The ground shifted beneath of the feet of top tier Washington lobbyists with last month’s passage of the Foreign Lobbying Reform Act, introduced by Rep. Frank Wolf (R-Virginia).   If Wolf’s legislation goes on to be approved by the Senate, that rumble could well become a seismic event.  The legislation, inserted into the 2013 Financial Services Bill, would ban upper echelon political figures, including ex-Presidents and former members of Congress, from lobbying for ten years on behalf of governments identified by the State Department as politically or religiously repressive.  The bill also limits, for the same ten year period, the potential lobbying activities of other prominent retired officials, including ambassadors, generals, admirals, and CIA operatives.

These leaders-turned-lobbyists won’t take much of a trimming if countries like Eritrea and Uzbekistan are cut out of their portfolios by Wolf’s legislation.   That said, the anguish will be audible if major players like China, Saudi Arabia and Burma, all of which are cited as countries of “particular concern” by the State Department, remain on Wolf’s black list.  While hard numbers are impossible to fix, some have estimated that Saudi Arabia has pumped roughly 100 million advocacy dollars into Washington since 2000.  That isn’t all.  As currently written, Wolf’s bill extends the ten year ban to state-owned companies too, scores of which have high profiles in Washington.  For retired public officials with foreign policy resumes, Wolf’s ban would mean a serious check on their ability to parlay big wheel government work into private sector paydays.

In interviews Rep. Wolf has identified religious persecution as the prime mover of his conscience on this legislation.  This emphasis distinguishes Wolf’s effort from earlier measures proposed to raise a wall between K Street and politically unsavory countries, the bulk of which have focused on broad human rights abuses and were generated by liberals.  In recent years the persecution of Christian worshippers and activists in the Middle East and Asia has become a topic of passionate concern among American evangelicals and their D.C. advocates.   By focusing on religious repression, and more particularly the suffering of Christians in countries like China, Wolf has framed the issue from the right.  If liberal human rights watchers and conservative religious freedom advocates can unite behind Wolf’s bill as it travels out of House, the prospect for passage of some version of the legislation is above the mean.

There would be real fallout if this came to pass, hitting some major D.C. lobbying shops.  But lobbyists should be consoled by the fact it could have been a lot worse.  Which foreign countries were on the no-lobby list when Wolf first introduced his legislation?  Everyone of them but the USA.