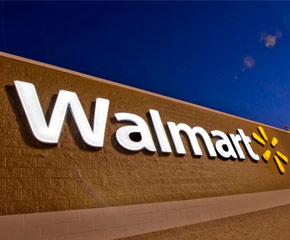 From India comes a strange cautionary tale about rumor, paranoia and a lobbying scandal that wasn’t.

News that Wal-Mart has spent 25 million dollars over the past four years lobbying for greater access to Indian markets has exploded into controversy, as lawmakers and social activists in that country express fears over the role that the megastore will play in the growth of the world’s third fastest emerging economy.   Pressed by opposition forces, the Indian government has now appointed a retired judge to investigate Wal-Mart’s business practices in India, with a specific focus on whether Wal-Mart’s lobbying violated India’s forty-plus year ban on paid corporate advocacy.

The rub is that all of Wal-Mart’s lobbying has occurred in Washington, not New Dehli, with no breach in American lobbying laws and, after careful vetting by the State Department, no violation of Indian rules, either.

Nevertheless, such assurances have done little to quiet the uneasy, paranoid belief among Indian social activists and opposition politicians that the supermarket giant, abetted by a cabal of foreign lobbyists, is secretly crafting deals with members of the ruling alliance, the UPA, that will catastrophically upend India’s retail economy.

The controversy has not diverted Wal-Mart in its march to become a market player in India.  Records show the company spent 1.48 million in the fourth quarter of 2012 lobbying on issues that include enhanced access to Indian markets.

While this story says much about the unflattering distortions that define lobbying as a concept, it says even more about the anxieties over opportunity and development in India. As the economy surges, and foreign companies such as Wal-Mart enter the marketplace, ordinary Indians see opportunities opening up before them. Yet they remain fearful, and for cause, that the old forces of nepotism and corruption which have long strangled opportunity will reassert themselves, denying people the fruits of this transformative moment.   In their eyes lobbying is a part of this old way of doing things, just another word for backroom deal making by shady elites.

Lobbyists must pay heed.  They need to loudly reject this misinformed caricature of their profession, and better enunciate their role as avatars of a new order: transparent actors promoting open economies that prize debate and exchange, and not minions of outdated regimes. They must sell their advocacy as a force for global economic progress.  Events in India demonstrate the vital need for some P.R. exorcism to cleanse the reputation of the trade.