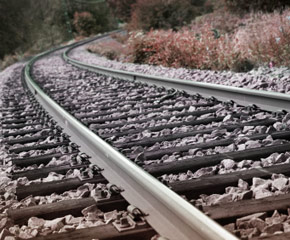 On Capitol Hill the struggle to come to terms with the legacy of Nazism continues as politicians and lobbyists debate the Holocaust Railway Justice Act.  The Act, which has broad bi-partisan support, would allow U.S. survivors of the Holocaust to press reparation claims in American courtrooms against the French railway giant SNCF.  SNCF has responded that as the national railway of France its interests are shielded by foreign sovereignty protections.  The Holocaust Railway Justice Act would waive, in this single instance, that defense.

77,000 Jews and other victims, including a few American POWs, were shipped to German camps on SNCF trains.  The Holocaust Railway Justice Act would erase the legal and jurisdictional issues that have barred survivors of deportation from pursuing SNCF in the U.S.   Recognizing that the success of this legislation might create jeopardy for other European railways, Deutsche Bahn AG, the German national railway, has secured the services of the Strategy XXI Group to lobby on the issue.

Proponents of the legislation argue that SNCF’s behavior during World War II was so extreme as to moot foreign sovereignty protection.  They press the point that in the nearly 67 years since the end of war the French rail line has never made restitution or reparations to the victims, or their families, of those deported on French trains. Additionally, they allege that SNCF was not only responsible for organizing the death-camp transports, but received significant financial compensation from the Germans for this role, including German payment of third-class fares for each deportee.

Defenders of SNCF, including Arno Klarsfeld, son of renowned Nazi hunter Serge Klarsfeld, argue that the legislation misrepresents the history of SNCF during the war, when it operated under the extreme duress of German occupation.  Nearly 1,700 French railways workers were executed during the war for their role in anti-Nazi resistance movements.

All of this historical drama plays out against a backdrop of heightened attention to the role of European railways in World War II as these companies compete for high-speed rail business in the United States.   Whether or not the Holocaust Rail Justice Act gets out of committee, SNCF is treating the affair as a public relations quagmire.  In January 2011 the President of SNCF issued the company’s first formal apology to Holocaust victims.