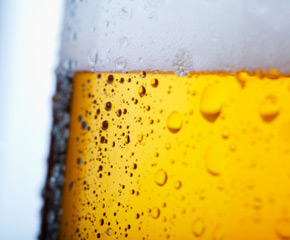 Reaching out to politicians, small brewery owners recently staged a political pub crawl on Capitol Hill in support of the Small BREW Act (HR 494), hitting 330 Congressional offices to rally for legislation that would slash Federal excise taxes on the beer produced by small “craft” brewers.  But opposition from large breweries is equally real, and threatens to turn the politics of the BREW Act into a major lobbying bar fight.

A re-run of legislation that failed in 2011, the Small Brewer Reinvestment and Expanding Workforce Act (Small BREW Act), has now been reintroduced in the House, with bi-partisan sponsorship from Representatives Jim Gerlach (R-Pa.) and Richard E. Neal (D-Mass.)

The Act would slash by half, from $7.00 to $3.50, the excise tax paid by brewers per barrel for their first 60,000 barrels of beer.  The tax on barrels produced beyond 60,000 would be cut from $18.00 to $16.00.  The Brewer’s Association, a trade group for the 2,500 small to mid-size domestic brewers, is lobbying in favor of the Act, which it computes would save their tier of the brew business approximately 60 million dollars. Money that the Association says these “mom-and-pop” breweries would turn around and roll into business stabilization and job creation.

But the beer industry is not monolithic, and the proposed legislation has drawn out fermenting antagonisms between “craft” beer makers and the giant, multi-brand breweries. At issue is the transformational effect that micro or craft-brewing is having on American beer consumption.  In 2007 small breweries had revenues of $5.7 billion.  By 2012 that number had risen to $12 billion, with a 17 percent rise in sales.  In contrast, non-craft beer consumption went up by no more than one percent.

Not surprisingly, large breweries, feeling this erosion in their market share, have responded with a pugnacious P.R. effort to kill the bill.  At the forefront is the Beer Institute, a trade group for “non-craft” producers such as Anheuser-Busch and MillerCoors–companies far too large to benefit from the proposed changes in tax rates—which is actively lobbying against the legislation, depicting the Act as divisive and unfair.

How will it all fall out?  The precedent FDR set during the Depression, when he ended Prohibition in order to tax alcohol and reaped new windfalls for the government, has only become more entrenched in this age of recession-era shortfalls.  Given the monumental reluctance of government to cut tax revenues on “lifestyle” products, passage of the Small BREW Act is unlikely.  In other words, you can’t untap the revenue keg.  Legislation tracker GovTrack is so frosty on the future of the Act, it prognosticates its chance of passage at a mere two percent.

And so some liquid courage may be in order for the dejected crafters of artisanal brews.  Fortunately for them the bar is always open.