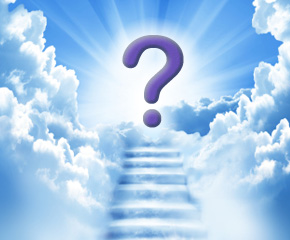 Is the line separating church and state starting to melt? The Secular Coalition of America (SCA) thinks so, and this lobbying shop for atheists is launching a national campaign to combat what it perceives to be an epic crisis for American democracy.

The SCA, a 501(c)(4), is the lobbying arm of a consortium of eleven atheist or humanist groups, which in the ten years of its existence it has targeted the role of religion in the political sphere while promoting Federal policies that act “without reference to supernatural forces.” Small in size and modestly budgeted, the SCA has nonetheless attracted a top-line board of advisors, including the eminent British scientist Richard Dawkins, the acclaimed novelist Salman Rushdie and the one-time Saturday Night Live comedian Julia Sweeney. Until his death last year, the writer and commentator Christopher Hitchens also served on the SCA’s advisory board.

While the SCA’s posture on the Hill has been aggressive, staking out stringently secular positions on foreign aid, healthcare and marriage equality, its presence has been effectively neutralized by the massive faith-based interest groups that drive much of Washington’s legislative agenda. Even on symbolic issues the SCA has had little or no impact. Federal support continues to flow to the Boy Scouts, which the SCA criticizes as “religiously-biased,” and school children still repeat the words “Under God” while reciting the Pledge of Allegiance. Only one member of Congress, Rep. Pete Stark (D-CA), is an out of the closet atheist, and he didn’t profess his secularism until 2007.

Stymied at the national level the SCA has now shifted its gaze to state and local issues. Under the leadership of a new Executive Director, Edwina Rogers, a Republican political operative with ties to both Bush administrations, the SCA has launched an ambitious five-stage plan to open local SCA chapters in every state, plus Puerto Rico and the District of Columbia. The first wave of this roll-out is timed to run to the end of June 2012, with the final stages culminating in August 2012. Two states, Alabama and Arizona, already have active SCA offices.

The local issues the SCA is moving on run the political table. In California they are challenging the daily prayer said in the State Assembly, while in Virginia they are protesting a law that shields religious-affiliated adoption agencies from having to place children with gay couples. In New Hampshire it is mobilizing opposition to a health care exemption that would allow religious institutions to opt-out of providing contraceptive coverage to their employees.

Operating in the most religious country in the first world, the SCA’s agenda would appear to be in need of last rites. But recent polling by the prestigious Pew Research Center’s Forum on Religion & Public Life suggests a nation less homogenous on faith issues, and more open to secular perspectives. For example, the Pew study revealed that even in the red state of Georgia nearly a third of the population downplays the significance of religion in their lives. Indeed, the SCA cites other polling that indicates as many as 40 million Americans do not identify with any religion. With numbers like these to bolster its outreach, and with an ambitious shift in strategy, the SCA may emerge as a more effective player in American lobbying, offering new opportunities to political consultants sympathetic to its humanist platform. Of course, given the vastly powerful religious groups that would oppose its every move, some might say the SCA doesn’t have a prayer of a chance of succeeding. Then again, they wouldn’t say they need one.