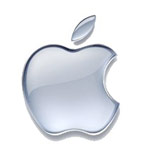 Compared to other high-tech heavyweights, Apple has traditionally kept a low profile in D.C. spending far less on lobbying than companies such as Google, Amazon and Microsoft. But earlier this week, Apple enlisted the D.C. lobbying firm, Fierce, Isakowitz and Blalock, to help bolster it’s influence in the nation’s capitol. The company has not revealed specific issues to be undertaken, but privacy and patent reform are two hot-buttons of recent concern to Silicon Valley companies, and may be a good bet.