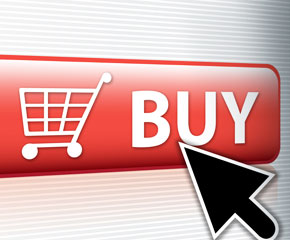 As goes Amazon, so goes the nation. Anyone following the roused and often confused politics over whether taxes should be levied on internet shopping could be forgiven for believing that this pivotal debate is driven by the see-sawing policies of the world’s largest online retailer.

The start date for the controversy over Internet taxes is 1992, and its precipitating event a Supreme Court decision that had nothing to do with the embryonic Internet. In Quill Corp. v. North Dakota the Court ruled that the state had no legal basis to impose tax on the sales that Quill made through its catalog because the office supply company had no physical footprint in the state.

Quill may have been selling pens through an old media format, but the Court’s decision soon became the legal tent pole for arguments about why government can’t tax the online sales of remote providers, never mind why it shouldn’t.

To say that the Quill ruling has deprived state and local governments of incalculable revenue is by now a hallowed political cliché. To cite one example, the state of Wisconsin, already suffering recession-deep budget shortfalls, lost an estimated $127 million in uncollected on-line tax revenue in 2011. It needn’t have been so. For the Court clearly indicated in Quill that its decision could be overturned by new legislation in Congress that streamlined the convoluted tax laws that had prompted its ruling.

States have not suffered this quietly, continually lobbying—lobbying ferociously—for the kind of Congressional remedy. At the same time resistance from Internet sellers and anti-tax lobbyists has been no less bullish, and much more successful. In the nearly two decades since Amazon launched in 1994 no comprehensive tax policy has been forced onto e-commerce.

Last year this online-offline deadlock cracked when Amazon announced its support for a bi-partisan deal coming out of the Senate, the Marketplace Fairness Act (SB 1832). Sponsored by Dick Durbin (D-Illinois), Mike Enzi (R-Wyoming) and Lamar Alexander (R-Tennessee), the legislation would close the Internet sales tax loophole—ironically the “Amazon loophole”—by implementing a national framework that enables the states to collect sales taxes from online sales.

Amazon’s decision was a dramatic turn-about for the company, which for years had sought to deal with prickly state tax commissioners one at a time. Currently it collects sales tax in New York, Kansas, North Dakota, Washington State and Kentucky and has established phase-in deals with another eight states. Many of these deals have required significant lobbying investments by the company. For example, the passage of an Internet sales tax exemption in South Carolina, heavily promoted by Amazon, cost the company over $156,000 in advocacy fees, with the bulk of this spent on direct lobbying. Ultimately Amazon acquiesced to South Carolina’s demand that is start remitting sales tax, although its broad-front lobbying successfully pushed off that date until 2016.

But operating in such a patchwork manner has created costs in time and money for Amazon, and resulted in fractured and inefficient lobbying strategy, all of which would be smoothed out with the implementation of the Marketplace Fairness Act.

Opponents of the Act make the argument that state governments suffering shortfalls have issues of spending, not revenue, and should seek budget remedies by cutting expenses, not increasing taxes. Grover Norquist’s lobbying powerhouse Americans For Tax Reform has announced it has serious concerns with the legislation, a view shared by the National Taxpayers Union and Tea Party favorite, Senator Jim DeMint (R-South Carolina). And in spite of Amazon’s softening, other huge online retailers like Ebay continue to vehemently lobby against the Act in its current form.

In spite of pushback from Norquist and other anti-tax partisans many political observers predicted that the Act, buttressed with such bi-partisan muscle, was headed for success in 2012. The interests that have jelled to support the Marketplace Fairness Act are a diverse and potent mix of players. Public sector unions, their members feeling the pinch of diminished state budgets, have rallied to the side of Republican governors, conservative retail associations, and major league brick-and-mortar operators like Wal-Mart and Home Depot. To all appearances it seemed that a rare instance of across-the-aisles compromise had been reached, a moment that would extraordinarily change the national tax base.

This optimism seems to have been misplaced. In an election year all the talk of new taxes has, like so much political kryptonite, wilted the bipartisan energy needed to pass the Act. Major online businesses remain strident in their opposition. And perhaps most importantly, with legislation stymied in Washington, Amazon appears to have changed track once again, pulling back on its efforts to pass the Act in this Congress, and redirecting its lobbying back to the state level. Although Washington will almost certainly take up the issue after the November elections, for the time being consumers can expect to enjoy another blissful seasons of untaxed shopping from home.