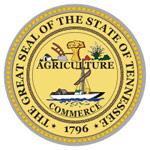 The Tennessee General Assembly (also referred to as the Tennessee Legislature) meets in Nashville each year beginning at noon on the second Tuesday of January.  Each general assembly meets 90 session days over a two-year period.  Generally, legislative sessions last from mid-January through late April or May of each year.

Senators are elected to four-year terms of office.  A senator must be a citizen of the United States, at least 30 years old, a citizen of Tennessee for at least three years, and a resident of the county or district he represents for at least one year before the election.  While Senate terms are for four years, approximately half of the senators run for office every two years by odd- and even-numbered districts.  This is generally referred to as “staggered terms”.

The current general assembly generally meets each week beginning on Monday evening and ending for the week on Thursday morning.  As Tennessee considers its lawmakers to be “part-time”, this shortened week has been the custom for several years to accommodate legislators other occupations.

As in most states, legislation must be introduced in both the House and the Senate in order to become law.  Both houses require that bills pass three separate readings and pass through the appropriate standing committee before being heard on 3rd reading.  Tennessee has a conference committee process for bills that are not identical once passed by both houses.

Tennessee’s governor is elected to four-year terms and is limited to two terms.  The governor must be 30 years of age, a citizen of the United States, and a citizen of the State of Tennessee for seven years prior to his or her election.

Governor Phil Bredesen is Tennessee’s current governor, serving his second and last term, which expires in 2010.  The general consensus is that he has served well in his two terms.  He was the first Tennessee governor in a century to win all 95 counties.  In recent years, he has also fostered a reputation of being a healthcare expert, based mainly on his experience as a healthcare executive prior to becoming governor.

The governor normally proposes the budget sometime in February for consideration by the general assembly.  In 2009, the budget was delayed because of the uncertainty surrounding the additional stimulus money passed by the federal government and some uncertainty regarding revenue projections.

2009 is an election year for governor and many sitting legislators have declared their intention to seek the office.