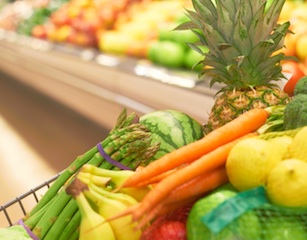 If lobbying produced video game versions of its most ferocious battles no game would be more Xbox intense than Mortal Kombat: Grocery Store Wars.  Imagine the graphics: every aisle is a trench, every freezer case is a bunker, every produce stand is a last stand in the annihilating food fight between supporters and opponents of GMO labeling.

The genetically modified food debate will enter its second decade next year.  In 1994 the introduction of “Flavr Savr,” a genetically modified, late-ripening tomato, revolutionized cash crop production.  Ultimately the company behind the first “trans-genic” food was bought out by industry giant Monsanto.

Of course Monsanto got more than just a tomato. It got,  once in a century, brave new world style science that effectively reinvented American farming, while reaping staggering fortunes for the company.  Other Big Ag outfits followed suit.  And soon the industry’s lobbyists were touting that all these genetically adulterated cows and corn rows were about more than just a reaping of profits. The scientists and CEOs developing GMO beans and potatoes, not to mention papayas and zucchinis, argued, as they still do, that their methods are ingeniously progressive, creating hardier, blight resistant foods while ensuring that America produces enough to remain the bread basket of the world.  This message resonated and more than resonated in Washington.

As zealously as Monsanto and its peers embraced GM foods, environmental opponents attacked the development of so-called “FrankenFoods,” whose mutated genetics might be delivering untold toxic nightmares into American kitchens in every grocery bag.   If there was no way of stopping the genetic tinkering of papayas, so the thinking among eco-activists went, at least Americans could be made aware of what they were eating.

And so the GM food labeling movement was born.   Sidelong with this activism a robust organic foods industry has created an alternative market for consumers.  They have made GM food a hot button issue and forced it onto state-level ballots.  In 2012 this environmental coalition strenuously propped a labeling initiative in California.  They came up short.  This past fall a similar initiative (Measure 522) came up for the vote in Washington State.  Intense grass roots activism, coupled with a war chest swelled by small donors, plus larger contributions from organic product companies, gave the anti-GMO push/pro-labeling push a fair chance of success.  Together they rolled up more than $7 million in a war chest for a full court “Yes on 522” campaign.

For a grass roots state ballot initiative that is not an inconsiderable sum.  Unfortunately for the “Yes” campaigners this came in at roughly $15 million shy of the estimated total raised by opponents of labeling, and “522” was narrowly defeated.

Because purely as a numbers game there is no balance of influence on GM food labeling.   The amounts parlayed into lobbying and campaign contributions by GM producers are, even by Washington standards, slightly unreal.   By one estimate Big Ag has spent, over the last decade, $550 million in campaign contributions and lobbying on GM issues.  In the first three quarters of 2013 the Grocery Manufacturer’s Association alone spent $8.6 million on Federal lobbying, with opposition to mandatory GMO labeling as its top priority.   They have harvested the results, breezily getting FDA and USDA approval for their expanding line of engineered crops.

In part this success is also about the science.   Most objective experts dismiss concerns that GM foods are wired with health risks for consumers, just as others tout the resilience and yield of GM strains, especially for creating hardy agricultural products in the developing world.   But for critics these arguments don’t suffice.  The moment remains in stalemate, with more state-level ballot initiatives planned.  Undoubtedly one of these measures will finally succeed, upending the entire debate.  But until then, for GMO labeling advocates on both sides, the status quo just shows that in the pastures of politics money remains the ultimate fertilizer.